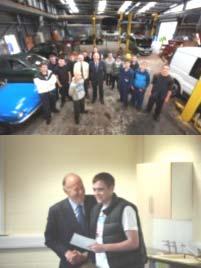 For staff who have been with NYA from the start, its quite amazing to think we have been going for over 20 years.

NYA began life as The Motor Project in 1993. In the beginning, it was a rather casual drop-in facility aimed at occupying young people who were not attending school or who were at risk of offending. But over the years it has moved into new premises, taken on more staff and started new courses leading to nationally recognised qualifications in motor vehicle and cycle maintenance. Quite an achievement.

We wanted to mark our 20 years in business with a celebration. On 20th September 2014 we opened our doors to friends supporters of NYA. Visitors included Lord Stevens of Kirkwhelpington who is NYA’s Patron. Other guests included local MP Alan Campbell, John Squires of Benfield Motors who is our Vice Patron, North Tyneside Mayor Norma Redfern, Harry Davison of Davison’s Garages of Morpeth and Gavin Black Deputy Lord Lieutenant of Newcastle.

Lord Stevens presented certificates to achieving leavers and in his speech paid tribute to the efforts of staff and learners. He singled out Jim Coltman, Manager and founder of NYA, for his special and continued commitment to NYA . 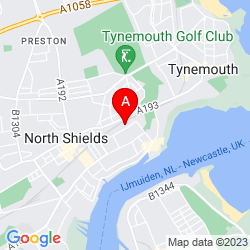